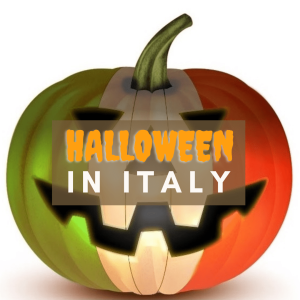 Halloween in Italy – From All Saints to All Souls

Halloween could well be one of the only holidays that is recognised globally and that many of us, no matter what religion, are aware of in some way, even if we don’t completely embrace it.

Italy is no exception. While not recognising October 31st as an actual holiday, the days that follow Halloween are notable events in the Italian and Catholic calendars which are themed around the dead.

On November 1st & 2nd in Italy, people celebrate All Saints’ Day and All Souls’ Day. All Saints’ Day is known as La Festa di Ognissanti, and is a feast to celebrate all of the saints of the Catholic calendar. It is even a public holiday – schools are closed and businesses are shuttered for the feast. All Souls’ Day, known as Giorno dei Morti (day of the dead), commemorates loved ones who have departed. Mexico does the same thing, albeit on a livelier and more colourful scale.

All Saints’ Day has many names, such as All Hallows’ Day, Hallowmas, and Feast of All Saints. The tradition of All Saints’ Day extends beyond Italy and it was historically thought to have originated sometime between the 7th & 9th centuries.

In Italy, All Saints’ Day is celebrated on November 1st. Writings traced back to 609AD are some of the earliest to mention All Saints’ Day. Originally, the day actually took place in the spring, but it was eventually moved to November 1st for reasons still unclear. If anyone knows why, please let us know!

On All Saints’ Day, observant Italians will visit their families and exchange gifts. For those who are named after saints, this is a day in celebration of them as well, much like a birthday, or a name day in Greece. Of course, there is multiple food involved, and most Italian regions have their own special dish to commemorate the day.

Sign up below to get three chapters of our book, “A Prima Vista” absolutely FREE!

All Souls’ Day is a more sombre event that commemorates loved ones who have passed away. Families will visit their loved ones’ gravesites, clean them, and leave traditional flowers – the chrysanthemum. These autumnal flowers are often left at grave sites and are not traditionally given as gifts to the living, only commonly used to decorate grave sites on All Souls’ Day.

The day begins with a requiem mass for the dead at dawn. Prayers and alms are given for the dead, as well as souls that are stuck in purgatory. All Souls’ Day also has a major focus on food, of course.

One tradition (which is found both in Italy and in other parts of the world) occurs at meal times. On All Souls’ Day, people believe the dead return to visit. In some regions of Italy, place settings at the table are made for dead relatives, along with bottles of water or wine. In Sicily, children leave their shoes outdoors, while praying to dead, hoping that they will be filled with sweets and goodies. Perhaps this is where the custom of trick-or-treat came from?

In Sardinia, families have banquets but do not clear the tables, leaving everything for spirits who visit at night. Like trick-or-treating, children will walk around knocking on doors, saying, “morti, morti” to neighbours, who will hand out sweets.

Sweets play a large role in the cuisine of All Souls’ Day. In Perugia and Trieste, you’ll find fave dei morti, a cookie to commemorate the dead. In Sicily, clove-scented cookies are made especially for this day. In Veneto, sweet almond fava biscuits, dulce de membrillo made with pulp of the mela cotogna fruit are a specialty on All Souls’ Day. In this region, it is believed that fava beans are a direct line of communication between the dead and the living.

The most famous festival in Le Marche that commemorates both Halloween and the succeeding days, is the feste delle streghe di Corinaldo, (festival of the witches) where the borgo is transformed with cobwebs and witch-themed decorations. There are several days of activities and celebrations, including a tunnel of horrors, markets, concerts and Halloween themed shows, as well as the ever popular zombie apocalypse and even a ‘miss witch’ contest!

Although widely considered as an American tradition that the rest of the world has imported, David has strong childhood memories of his Great Aunts in Puglia picking up the huge yellow pumpkins left in the fields after summer. They would keep the good pumpkins and squashes for the winter, leaving those too large as food for animals, or for the children to play with.

“I and the other children in my family would empty and carve the pumpkins, drawing eyes, a nose and mouth, and place a lit candle inside. My Aunt would then hang the carved pumpkin over the well and during long dark autumn evenings it would produce a ghostly effect that scared other children. Those carved pumpkins were known as morte secca, (dry death) and most kids my age did this.”

Perhaps pumpkin-carving did not entirely originate across the pond after all! 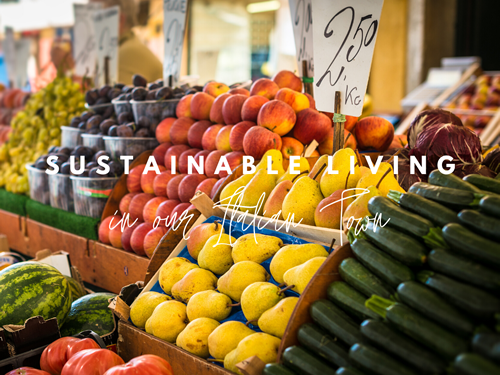 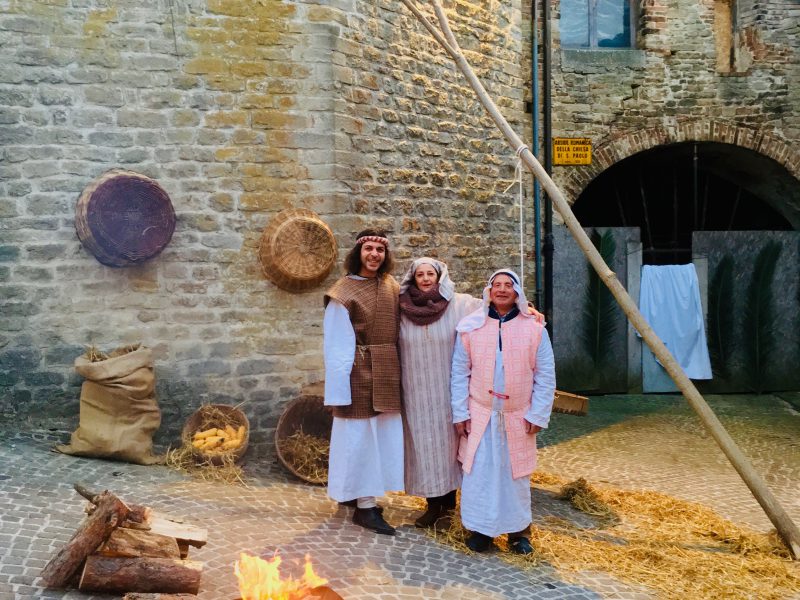